Is Affiliate Marketing Saturated? [Yes, and No…] 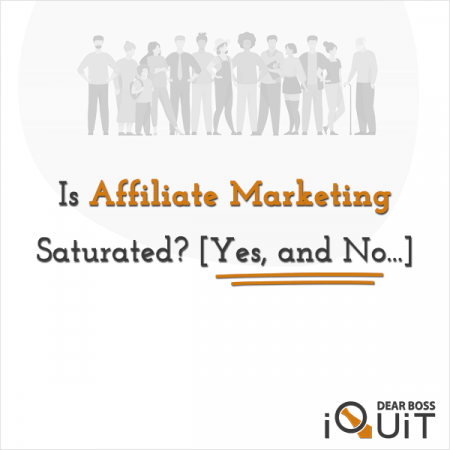 Yesterday, one of my readers sent me an email asking whether affiliate marketing is way too saturated and competitive to be leveraged towards building an income online…

Since many aspiring affiliate marketers might be wondering the same thing, I decided to put together an article that would provide an in-depth answer to that question.

No, affiliate marketing isn’t saturated by itself but it can be perceived as such depending on the niche you’re trying to monetize… For example, it’s only natural that the higher the profit potential of a niche, the more aspiring affiliate marketers will be attempting to break into it, thus increasing its saturation.

Some of the most saturated affiliate niches are:

While building a sizeable income within a saturated niche is totally possible, launching an affiliate business that revolves around a less saturated niche will probably require the investment of much less time, effort, and money.

Nonetheless, please don’t expect that pursuing a less crowded niche is the answer to instant and effortless riches…

Affiliate marketing is an online business model… And just like with any other type of business, becoming a successful affiliate marketer involves a steep learning curve, tons of trial and error, consistent work, and massive patience.

The ultimate truth is that if you treat your affiliate endeavors half-heartedly, chances are that you’ll end up failing, no matter how unsaturated the niche you decide to go after might be.

Nevertheless, if you’re a newbie to affiliate marketing, I’d suggest that you spend some time refining the niche you’re going to be involved in… 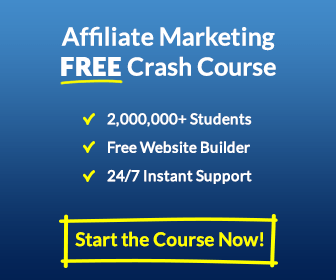 Ultimately, you should pick a niche that:

Once you’ve gotten the hang of the whole process, the odds of successfully monetizing more profitable niches without getting trampled by their fierce competition are definitely going to be in your favor!

FREE Crash Course:
Launch Your Own Affiliate Business for FREE in Less Than 1 Hour!

No business model isn’t saturated at least to some degree, whether this is affiliate marketing, dropshipping, print on demand, lead generation, YouTubing, Kindle publishing, or whatever.

As such, if you were to count out any business opportunity that might be a little saturated because you’re not determined enough to go up against your competition, then you should probably avoid going into business altogether.

Competition is part of any business endeavor and essential towards boosting a market’s economy, generating new employment opportunities, motivating businesses to keep improving the quality of their products and customer support, and maintaining prices at a decent level.

In short, competition is paramount to ensuring that markets remain stable and healthy.

There's Always an Audience to Monetize

Every business is geared towards a distinct audience that usually varies from the audience targeted by competing businesses that operate in the same market.

Even though there might be literally thousands of restaurants in a city, hundreds of new ones get launched every single year. As a matter of fact, according to Statista, more than 13,000 new restaurants opened in the US over the course of 2018 alone.

However, each one of those restaurants is after serving a very specific audience that’s probably completely different from the audience served by its competitors.

While there might be thousands of affiliate businesses out there, yours is going to be revolving around a select, unique audience that’ll be interested not only in the products you promote but also in how your character, style, and experiences are manifested through the info you share with them.

On top of that, with 4.66 billion active internet users worldwide, the chances of your audience overlapping with your competitors’ are minimal. And even if it does, that’s still perfectly fine.

Just like one may eat both at KFC and Pizza Hut depending on what kind of food they’re in the mood for, your audience could end up purchasing affiliate offers promoted both by you as well as your competitors depending on the type of problem they’re after solving.

However, for the most part, such rumors originate from people’s innate need to justify either past failures to successfully utilize affiliate marketing or their unwillingness to give it a shot in the first place.

Yes, some of its most profitable niches might be but if you invest some time and effort in conducting proper research, you’ll undeniably be able to locate dozens of untapped ones.

Nevertheless, affiliate success is 100% possible even in saturated niches.

Over the years, I’ve personally seen affiliate businesses in uncrowded niches failing big while at the same time others were flourishing right in the middle of some of the most saturated ones.

The ultimate truth here is that some aspiring affiliate marketers are destined to fail regardless of which niche they go after.

Failure is obviously always a possibility while in the pursuit of a worthwhile achievement. That’s just how the world works…

However, if you don’t want the odds of reaching success stacked against you, it’s highly suggested to utilize a dedicated, structured affiliate marketing course.

that being said, here’s a roundup of The Best Affiliate Marketing Courses that have actually helped thousands of people to successfully leverage affiliate marketing towards building a sizeable income online. 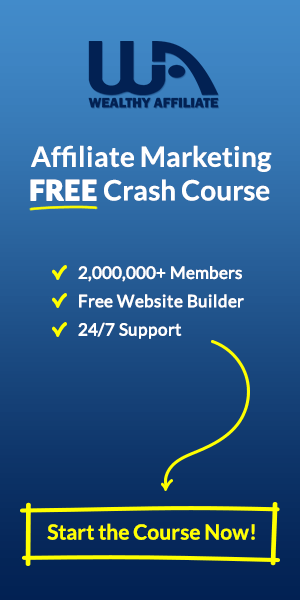