5 Truths About Making Money Online I Learned the Hard Way 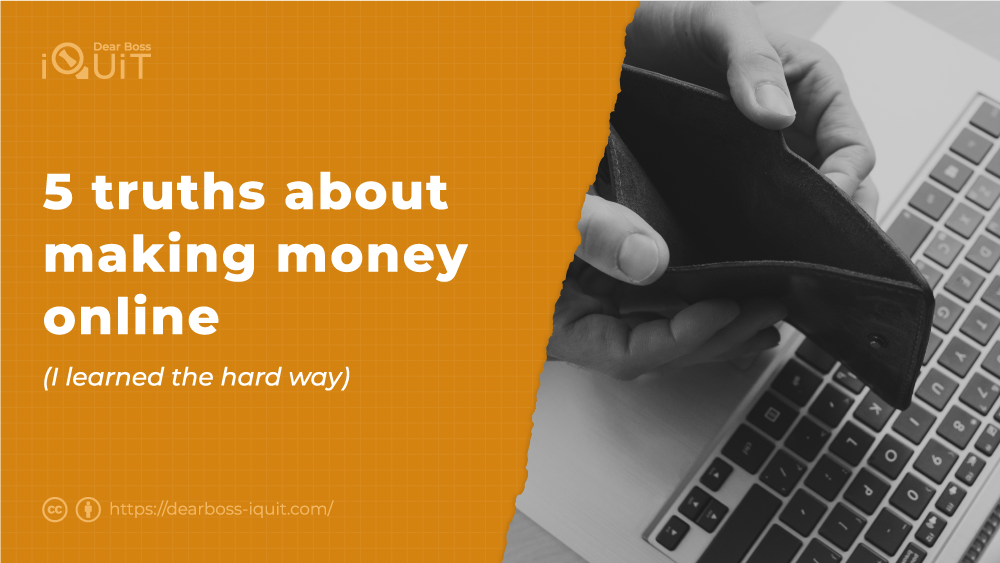 Making money online is currently one of the internet’s most trending topics.

Whatever site you’re browsing, whether this is Instagram, YouTube, TikTok, etc., you’ll inevitably come across some dude or dudette talking about some new, secret, effortless, AND free method of making $500+/day.

While building an income online is an actual thing, most so-called gurus intentionally hold back on crucial information that could potentially discourage people from venturing into such an endeavor.

That’s primarily because the more people they convince to get started with making money online, the larger the audience they could potentially monetize by promoting and selling relevant courses, tools, and resources.

Over the years, I’ve wasted immense amounts of both time and money due to having unrealistic expectations shaped by consuming deficient content that lacked essential info about the process of making money online.

And I’ve grown sick of it.

The good news is, you don’t have to.

In this article, I’ll be sharing with you some rarely discussed truths about making money online I learned the hard way that’ll hopefully clear up any misconceptions you might have, set your expectations straight, and help you identify and steer clear of obvious mistakes that could inhibit your progress and decrease your chances of achieving your financial goals.

As the years pass by and the demand in the MMO (Make Money Online) industry rises, get-rich-quick scams are becoming increasingly abundant.

That’s because the higher the audience of a specific market, the more potential victims scammers could defraud.

According to the FTC, Americans have lost $610 million to get-rich-quick scams since 2016.

Get-rich-quick schemes have become so widespread that in 2020, the US government launched a full-scale operation against them.

If you’ve been involved in making money online for a while, I can almost guarantee that you’ve stumbled upon several get-rich-quick schemes. Heck, you might have even fallen for a couple of them.

If you’re just embarking on your money-making journey, make sure to keep your eyes open and stay vigilant.

Anything and anyone claiming you can make money unrealistically fast and effortlessly, is undeniably trying to scam you out of either your money, your time, or both.

Always keep in mind that whatever sounds way too good to be true, definitely is.

Here are a few additional evident signs that an alleged income opportunity is almost certainly a get-rich-quick scheme:

If you come across a money-making venture that exhibits any of the signs above, I strongly suggest that you either run in the opposite direction or at least research the cr*p out of it before becoming involved.

One of the most worn-out slogans of get-rich-quick schemes is “make money with zero investment”.

Such statements couldn’t be further from reality.

No matter what type of money-making endeavor you pursue online, achieving your financial goals will require the investment of two resources – time, and money.

Dedicating time is unavoidable in all ventures, but not all of them require a financial commitment.

For instance, you can start earning money via surveys, user testing, and GPT sites without having to pay a single dime. However, most of the time, the income potential of such free opportunities is way too low.

For example, according to NerdWallet, the earnings from filling in surveys range between $0.40 and $2.00 per hour.

If you’re after generating a little extra cash per month for free and without much hassle, taking part in such opportunities might be the way to go.

However, if you aspire to build a substantial monthly income online, you’ll need to consider going after other, higher-paying online enterprises, like:

And those do require the commitment of both time and money.

Ultimately, the higher the income you want to bring in, the more time and money you’ll have to invest.

3. It involves tons of trial and error

However, creating a significant income on the internet is a whole other ballgame.

If you’ve never undertaken similar endeavors before, you’ll have to go through multiple cycles of cultivating new skills, doing a lot of guesswork, making mistakes, gathering and assessing feedback, and implementing corrective measures, until you’ve gained a stable grasp of the exact courses of action you’ll need to take to grow your online business to success.

This process could take anywhere between a few months to a few years, and unfortunately, there’s no way around it.

Since I ventured into making money online back in 2016, I’ve personally pivoted my procedures and scaling strategies more times than I can count.

Some propelled my online business forward. Others set it back.

That’s just how making progress and achieving success in any aspect of life works – wins reveal what you need to zero in on, and failures carry lessons regarding what you should avoid bothering with.

Having said all that, if you embark on a journey to making money online with unrealistic expectations of a trouble-free ride and a fragile “I give up” mindset, you’ll never be able to deal with the inherent setbacks of the process, let alone leverage them towards paving the way to your financial goals.

Money is a means of purchasing goods of value.

Consumers, except maybe shopaholics and impulsive shoppers, tend to avoid spending money on products or services they don’t consider valuable.

Value means different things to different people but it generally refers to a sum of benefits someone needs or wants, such as:

What I’m about to say will sound counterintuitive, but launching an online enterprise for the sole purpose of making money without being crystal clear about what kind of value you’ll be offering and to who is a surefire way of failing.

Let me give you an example.

A few weeks ago, I came across a YouTube channel in the MMO (Make Money Online) niche.

Most of its videos revolved around sharing ways of building an allegedly profitable YouTube channel by rehashing other people’s content.

At first, the concepts discussed on the channel seemed legitimate and viable.

However, I couldn’t help but wonder… Since rehashing other people’s content delivers no actual value, how could anyone be earning a profit that way?

After digging deeper I discovered a couple of YouTube’s policies designed to penalize reused, no-value content with demonetization, content removals, and even channel terminations.

As expected, the comments sections of those videos were filled with remarks from people claiming they made zero profit by implementing such methods.

Sadly, similar techniques are constantly being introduced by countless MMO influencers who’re after appealing to unsuspecting audiences looking for nonexistent shortcuts to success.

That being said, before becoming involved in a money-making opportunity, ask yourself this – “What kind of value will I be delivering?”

If the answer is “None” or “I don’t know”, I can almost guarantee that you won’t end up earning money off of it.

Always keep in mind that making money, both online and offline is value-driven. It can never be a primary objective, but rather merely a side effect of delivering value.

Over the years, I’ve done my fair share of browsing through forums for tips and guidance on improving my online business and scaling my revenue.

During that time, I stumbled upon tons of “gurus” claiming that a beginner to making money online can reach success without having to pay for expert guidance.

It’s undeniable that there’s an immense amount of free information about building and scaling an online business from scratch all over the internet (YouTube, marketing forums, blogs, social media, etc).

The problem is that only a fraction of that info is legitimate and if you don’t know how to separate the good from the bad, you might end up wasting months, if not years, utilizing crappy techniques that take you nowhere near your financial goals.

And the longer you stick with it without reaping any returns, the higher your chances of giving up.

According to WebFX, one of the most common reasons online businesses fail is a lack of basic knowledge.

Take a course, or learn from a trusted business partner who is willing to help you take those first shaky steps. Learning as you go could be a huge mistake. When your business is operating, you need to focus on running it, not learning how to run it.

That being said, while investing money in expert guidance can’t be regarded as mandatory to become successful online, doing so could short-circuit your learning curve, minimize trial and error, speed up your progress, maximize your revenue, and boost your chances of success.

However, if you venture into it with the wrong mindset and a bunch of unrealistic expectations, you’re doomed to fail.

If you’re just getting started with building an income online, or you’ve been involved in the industry for a while without having much to show for your efforts, adapting your mindset, procedures, and expectations according to the information I shared with you in the article, could have a tremendous positive impact on the progress to achieving your financial goals.

If you have any questions or require further help, leave a comment right below or contact me right here, and I’ll do my best to get back to you as soon as possible.

Best of luck in your affiliate endeavors! 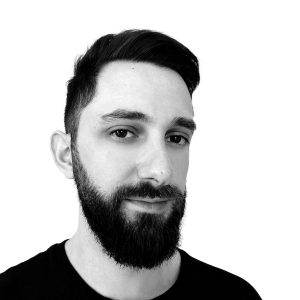 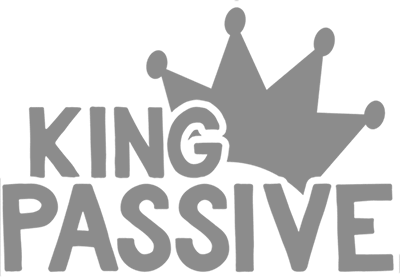